The first 500 people to sign up via my link will get two FREE months of Skillshare Premium! Hello internet! This video is about …

Phone, DSLR, Mirrorless, Phone with lenses, what do you use? interested in what you guys are rocking!

You should make sure that the pictures are equally bright, because our monkey brains always tend to prefer the brighter one.

Recently had a family reunion and got photos from people using iphone and galaxy s10. Initially they looked great, but when I went to have prints made. The quality was just terrible. Now looking into a dedicated camera for those precious moments. (Plus Im an old soul & love printing photos to hang or send to family)

I have both now, and for lowlight situation the Sony is better ! Also for the colors ! It’s less « over saturated » like the Xr even with the Halid app witch I use a lot

The best camera sometimes is the one that's always on you. Which happens to be your phone. I have the a6000 mirrorless camera myself and use it to take pictures and shoot videos. But I don't carry that on me all the time. The image quality is always better on a mirrorless camera than on a phone.

user error and compare it? this is so wrong…unsubscribe

I think smart hdr in iPhone is preety smart😁

no mobile phone is better than a6000. and probably will not be for next god knows how many years. c'mon

In good light, in many situations, can be quite hard telling the difference between a camera and a phone, specially because phones have some features some cameras lack, like HDR. Also many times phones have such good microphones, can make videos for hours like a camcorder… The audio in my Galaxy S9+ is so clean that to record any convoluted sounds, like a band playing, it's much better than my Zoom H1, for example.

But in low light phones easily show weakness, and also phones won't blur the background, and blurring the background will always make a person feel a camera is better, even if they don't know what they are looking at, except in landscapes. But it's always good to have at least one camera, because in many situations a phone is more socially acceptable, while in others having a camera in hand makes you fit in better.

What I miss in your story is the difference in the size of the sensors. The A6000 has a much bigger sensor and that means more detailed photos.

Love the tips! Thanks man

very fake comparative video … I have the iPhone XR and the Sony a6000, and I can assure you that there is no qualitative comparison between the two, the Sony Alpha is a notch over it

The 16-50 kit lens in my opinion is a pretty good lens especially when corrected in post. It is very versatile with its 16mm on the wide end.

This is uncanny, Kyle. I’m still considering upgrading my iphone 7 to the XR myself! I’m a big fan of going manual via the Moments App and Nightcap App (which was developed by an actual astronomer!)

And a big shoutout goes to Moments’ Anamorphic lens. That stuff is drool-worthy.

Still like your videos for Cable. But i agree, i still prefer a dedicated cam when possible.

Awesome video Kyle! And congrats on the sponsor!

Great video Kyle. I really enjoy shooting with my Sony a6300 so much more than a phone. I'm really into the moment of composing, light and framing the shot. With a phone however, it's a spur of the moment which has it's own advantages and I can appreciate that as well. Like they say, it's not the camera but the person behind the lens that makes the photo.

I'll say again that I REALLY do enjoy using my a6300 so much more than a phone. I absolutely love the photos I take with this beast of a camera and I appreciate the work I put into it more than I would with a phone.

Sub to sub, who wants?

Phones are getting better but when you zoom in and look at the detail you can't beat an APS-C or Full frame. The only thing for me that lets down the A6000 on outdoor shots you get a green tinge to the photos. Especially with the kit lens. The sigma 16, 30 & 56 gives better colour and contrast, more so from f2.8 to f5.6.

Hi Kyle, I am fairly new to your channel and to the Sony A6000 let alone digital cameras. Prior to this I was using a Minolta maxxum 7000 and 5xi . Well I am having a hard time trying to transfer photos from my A6000 to my iPhone X. I’ve downloaded the PlayMemories app and did the WiFi transfer but they don’t come up or appear in the app. I know I can transfer on my computer but sometimes I just want to quickly receive them without going through my comp. Am I doing anything wrong? Can you please point me in the right direction. Thank you!

In my opinion, the a6000 performed better in all the comparisons you did. Also, if one will be spending about $300 on phone lenses, one might as well get a dedicated camera. I can say this because I have mobile lenses too and don't use them as often as I thought I would. Meanwhile congratulations on the video sponsorship (I also notice the beard 😊👌🏽)

I'm simply amazed on how you got your dog to sit and take pics. Not my boy, he hates camera and taking pics. He'll close his eyes, run, knock it out of your hand and his favorite is biting the camera/phone. 🤣🤣

Phone, Pixel 3a for 399, you’re getting the same camera and software on the pixel 3; amazing camera and value. Camera A6000 would like the A6400 for the improved sensor but the A6000 meets all my needs.
Congrats on the SkillShare sponsorship. Have you thought of doing an A6000 course for them?

Before I started using my a6000 I made some content/videos by just using my iPhone 6S+ and I enjoyed using it as my secondary camera. But that iPhone lens is kinda cool. Now with my a6000 I shoot videos using Sigma 16mm and the outcome is always loved by my viewers. Thumbs up on your video, it’s helpful as always.

a6k hands down for me

So make a zoom on the results

For practicality, I'd prefer more expensive phones like S10+ or P30+ that have all those focal lengths build-in so no need to carry those lenses around. But, they're expensive though. Phone cam and pro cam are mean to be together.

Yes a phone in a pinch, but no phone compares to an experienced shooter behind a mirrorless or DSLR camera… especially with some good glass!!!

Hello, I love your videos, however here I find this comparison a little light and the comparison images are misleading. on the A6000 The white balance does not look good and the exposure is not optimal. This gives a pie image of the A6000 that I do not know him. I am wrong ? What do you think ? Sincerely

For people these days that take pics just to take pics and post them on social media without any type of real post work, then the whole phone thing is going to be good enough for them. For people such as yourself and those that follow your channel then they are always going to opt for a camera because that's what we do and like. I will say that out of the phone lenses I really only liked the wide angle one and would only see myself wanting that one if I were to have a lens for my phone. Great job on this one though and do like the new angle you recorded this one from. Good to switch it up a bit.

I will stick with my cameras, I seldom use my iPhone for pictures

I cant imagine spending a grand for the phone! Let alone the lenses. Are these photos SOOC? Any processing done? The images from the phone are pretty amazing, but I’ll stick with my camera.

Amazing review and very down to earth guy. I like your videos Kyle, keep up the good work man 🤗🤗🤗 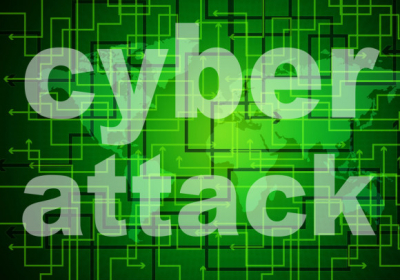 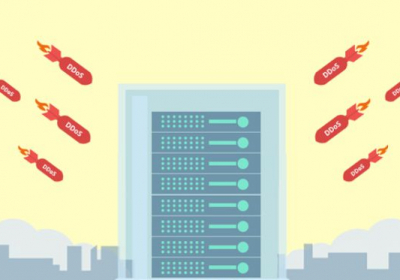